You'll be amazed how crazy simple it is to make learning fun with the top educational board games recommended by 2,000 homeschoolers. 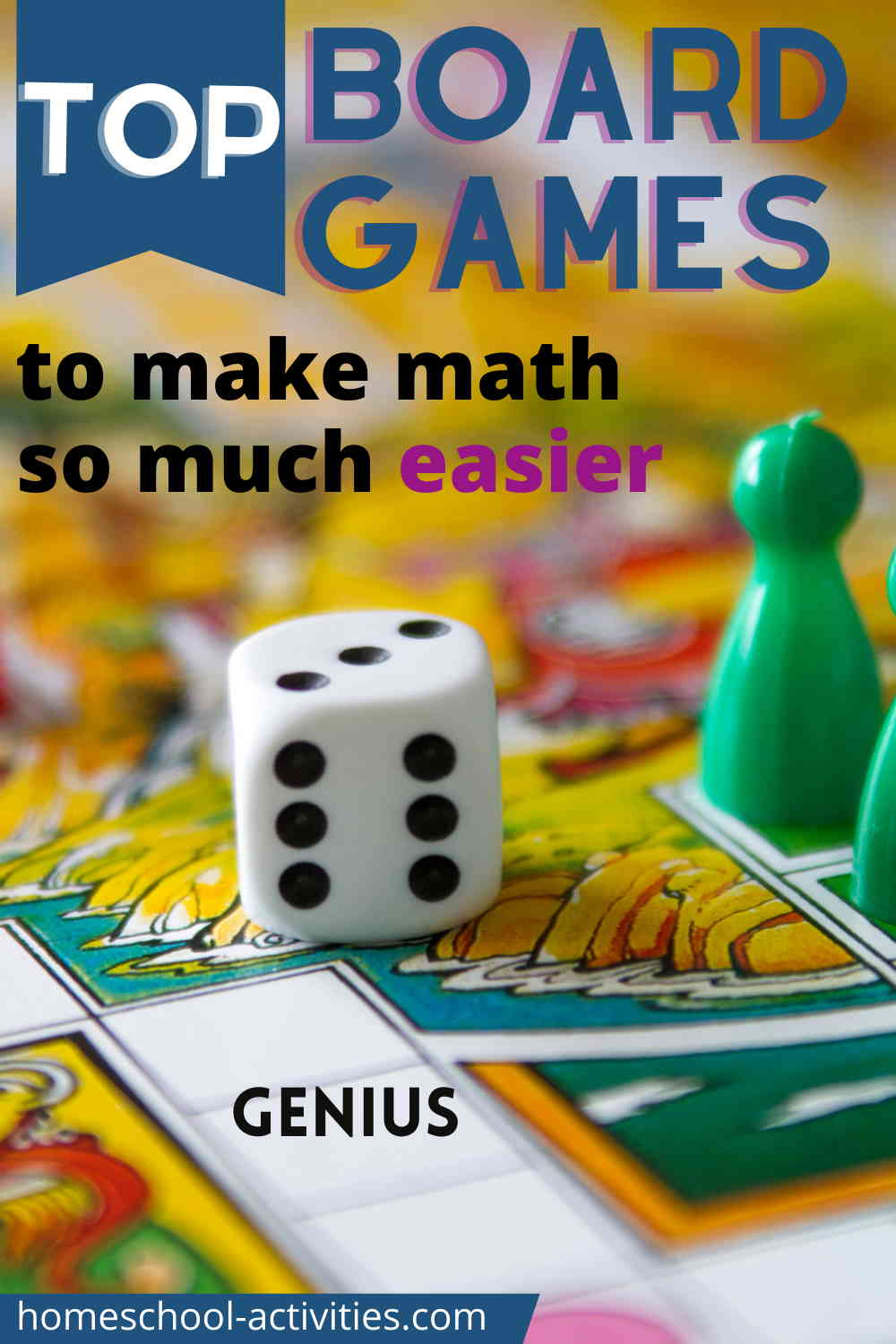 Please note that the links on this page are affiliate links so if you buy you will pay exactly the same price as you would have done but I get a small percentage of the sale (which usually adds up to the cost of a cookie). If you would prefer not to support this site in that way, just go to Google and search for the product yourself. 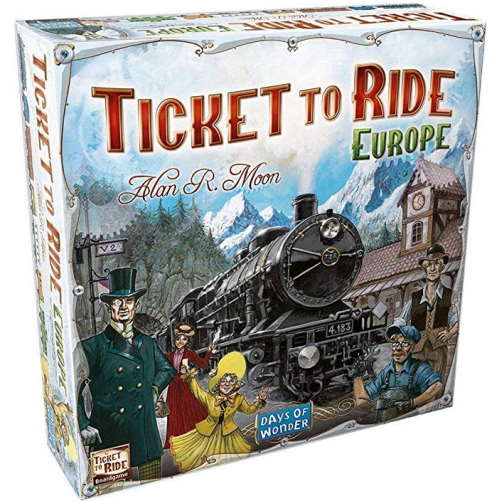 Overview: Ticket to Ride can be learned in under 15 minutes. Players collect cards of various types of train cars they then use to claim railway routes linking cities across Europe. 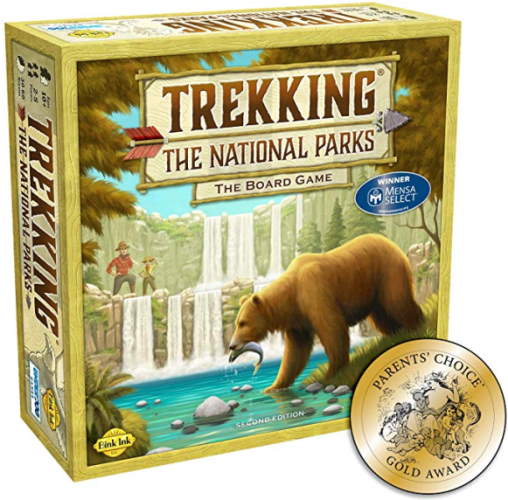 Overview: Trekking the National Parks is a family board game where players compete for points by claiming park cards and collecting trail stones as they travel across the map experiencing the wonders of these magnificent landscapes. Age 8+.

"If you like Ticket to Ride, you should check out Trekking the National Parks. We love this one! Similar to Ticket to Ride without the frustration of your route being blocked!" 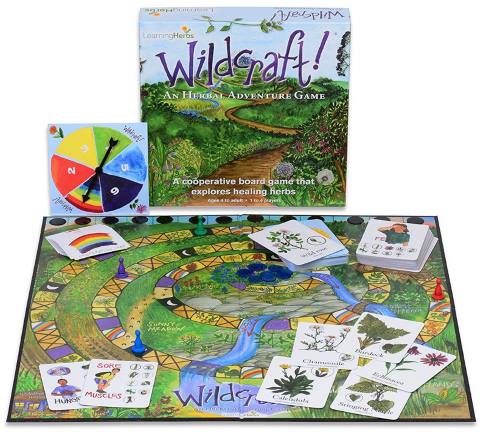 Overview:  Wildcraft is a game where players work together to climb the mountain, harvesting edible and medicinal Plant Cards to fix ailments along the way, gathering huckleberry discs from the fruit patch at the top, and then returning everyone to Grandma's house before nightfall.

"It is lovely and a cooperative game rather than a competitive one... Both children have learned a lot about herbs and their medicinal uses and it sparked a real interest in herbs and foraging." ~ Diana, Courageous Homeschooling Facebook group 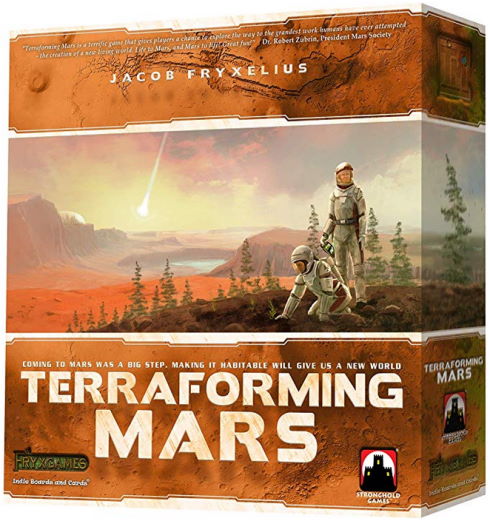 ﻿Overview: Terraforming Mars takes you to the 2400s when humankind begins to terraform the planet Mars.  You work together playing one of the giant corporations which initiate projects to raise the temperature, oxygen and ocean coverage until the environment is habitable. Victory points are awarded for advancing human infrastructure throughout the solar system, and doing other commendable things. 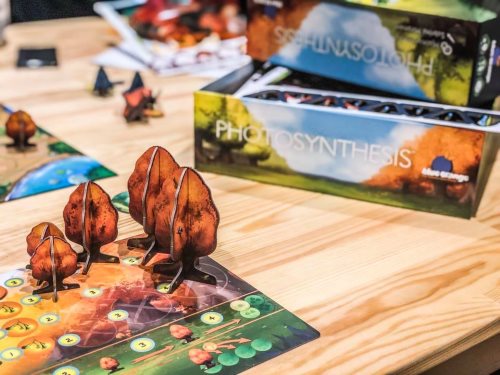 Overview:  Photosynthesis has the sun shining brightly on the canopy of the forest, and the trees using this wonderful energy to grow and develop their beautiful foliage. Sow your crops wisely and the shadows of your growing trees could slow your opponents down.

"My daughter played Photosynthesis on the photo above. We bought some board games for her once we realized that she learned faster by playing." 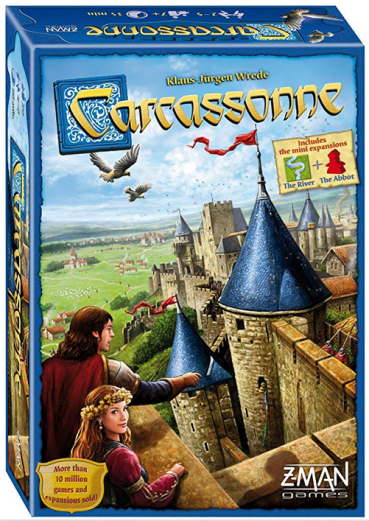 Overview: Carcassonne is a tile-placement game where players draw and place a tile which might feature a city, a road, a cloister or grassland. Having placed a tile, the player can then decide to place one of his meeples on one of the areas on it: on the city as a knight, on the road as a robber, on a cloister as a monk, or on the grass as a farmer. When that area is complete, that meeple scores points for its owner. 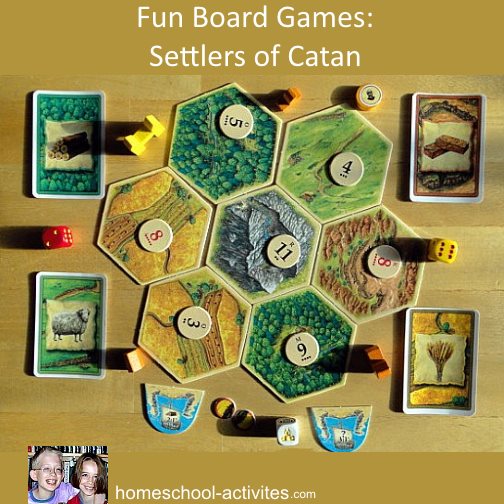 Overview: In Catan players try to be the dominant force on the island of Catan by building settlements, cities, and roads. On each turn dice are rolled to determine what resources the island produces. Players collect these resources (cards) — wood, grain, brick, sheep, or stone — to build up their civilizations to get victory points and win the game. 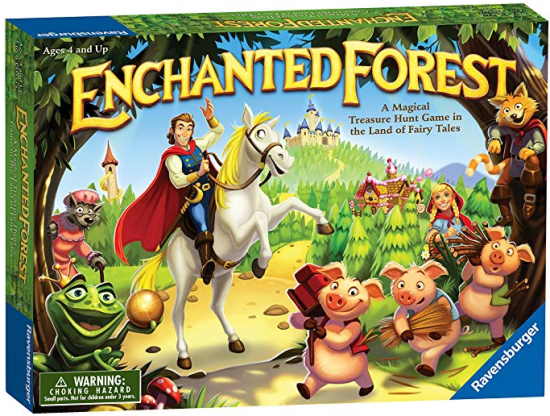 Overview: In Enchanted Forest one treasure is hidden under each tree in the forest. As you move from tree to tree, you get to peek at the treasures you find. Can you remember where each one is hidden? When the king asks where one of the treasures is, players race to reach the castle with the right information.

"It's old school but the Enchanted Forest is amazing." ~ Eva

"We enjoy this one, too! It is a memory game with a story that introduces it. The game includes 'clues' linked to many well known fairy stories. Worth investigating!" ~ Jo

"We also love this one, it’s a very high quality game and has a magical feel, spacial awareness via memorization." ~ Launa 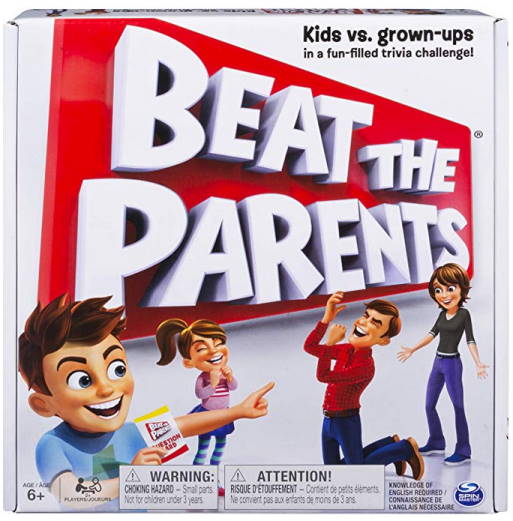 "This game is so much fun to play. Kids want to play it everyday. Great general knowledge game." ~ Bianka, Courageous Homeschooling Facebook Group

Looks like a good game for all the family to try after the Christmas meal is finished.

Pam from the Courageous Homeschooling Facebook Group has kindly shared her favorites - and why you would enjoy them too! 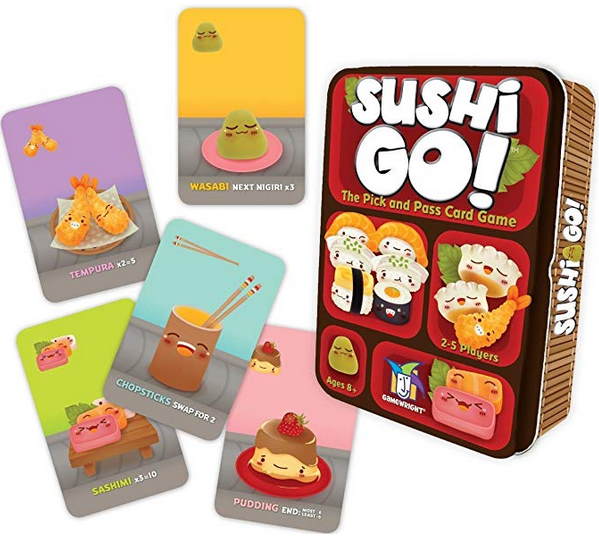 Overview: In the super-fast sushi card game Sushi Go!, you are eating at a sushi restaurant and trying to grab the best combination of sushi dishes as they whiz by. Score points for collecting the most sushi rolls or making a full set of sashimi.

"We like Sushi Go - it's a matching type game, but more interesting than simple Go Fish, so keeps the older kids entertained but doesn't require reading ability to play so my 4 yo can play on his own." 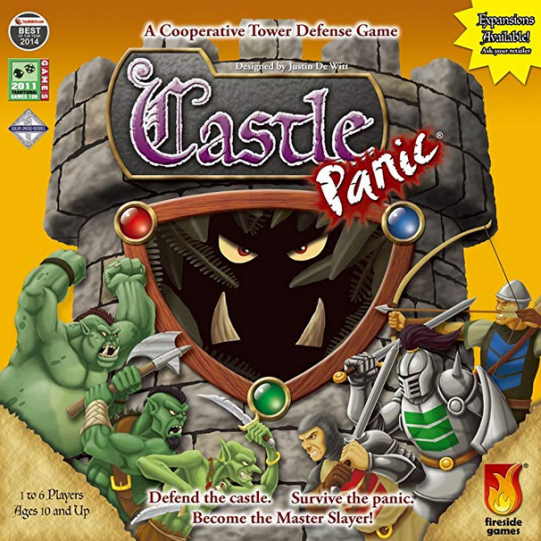 Overview: Castle Panic is a cooperative game for 1 to 6 players ages 10 and up. Players must work together to defend their castle from monsters. Players trade cards, hit and slay monsters, and plan strategies together to keep their castle towers intact. 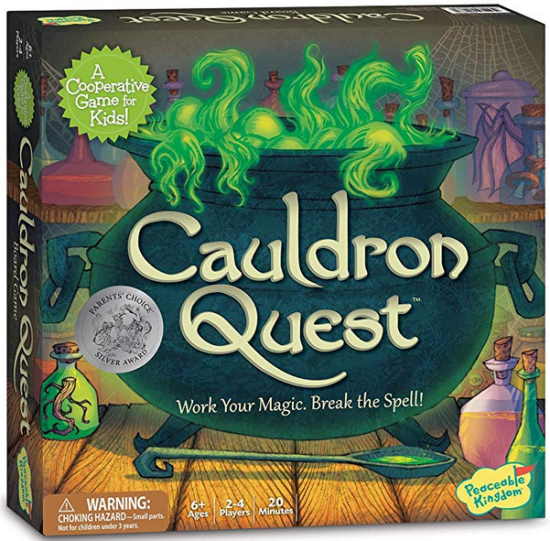 Overview: The object of Cauldron Quest is to get the three correct ingredients into the Cauldron before all six of the paths are blocked. The evil Wizard has cast a spell to destroy the kingdom! You have the power to create a potion to break the spell, but you must work together. Age 6+

"Cauldron Quest and Castle Panic and are nice because they are cooperative games, this way the younger kids get to play and "win" with the older kids rather than always being at a disadvantage because of age. I'll add the Forbidden series (Forbidden Island, Forbidden Desert and Forbidden Sky) to that list. They require all players to work together and sometimes make decisions that may put their character at risk in order to have a greater chance for the group to win the game. It's especially fun when the kids start a narrative that goes along with the game "I'm the climber...why am I stuck over here where there are no sand dunes to climb? I should have gone a different way!" or "What were we thinking landing on this sinking island? Where is the navigator?" It's nice to have different scenarios to play." 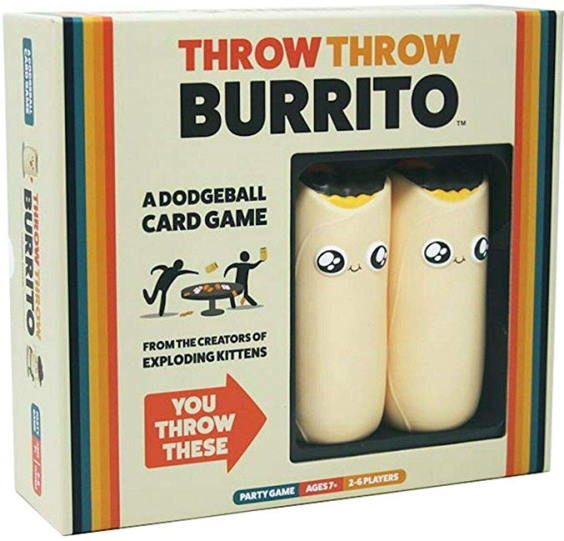 "Throw Throw Burrito is a fun card game where you stop playing cards occasionally and throw soft foam burritos at other players. It teaches multi-tasking (you are hunting for matches, but also need to listen for another player to shout "burrito war") and teaches quick reflexes. It's been one of the more challenging games for my kids to be gracious losers because losing means you've been pelted with a burrito by a sibling, but the fun of playing it outweighs the part about being hit by burritos." 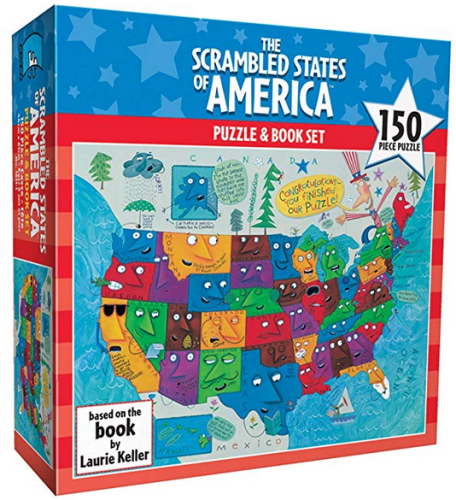 "Scrambled States of America is a fun educational game. Because we have younger players who can't read we made our own house rules where everyone can play a card that matches the requirement except when it's a location card, so anyone with a capitol starting with T can play their card on that round, not just the fastest and we play face up, where everyone can see each-other's cards. It is educational because you get to know state shapes, names, capitols, and location." 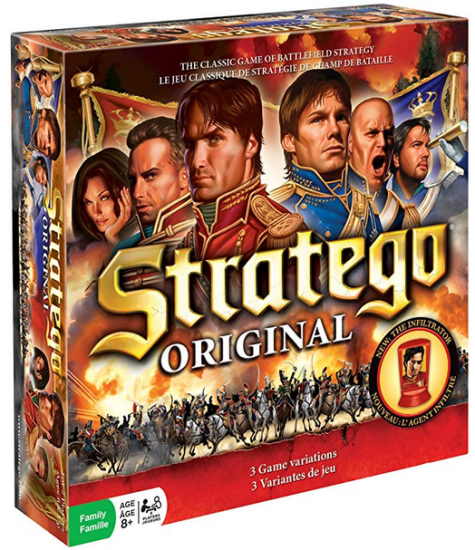 "Stratego is a favorite, but it is only a 2 player game. It tests memory skills (where was that bomb?) and strategy as the kids compete in a hidden chess like game to capture the other person's flag. I've played myself plus a toddler against an older kid and it works well. I take a turn-older kid-toddler moves one of my pieces in a random, usually incorrect direction - older kid. It gives my 4-8yo a chance to win against me. After they are older than 8 I don't have a chance with a toddler on my team. Other two player strategy games we like are Othello and Quoridor. The strategies are a bit different in each, so it is fun to switch between different games." 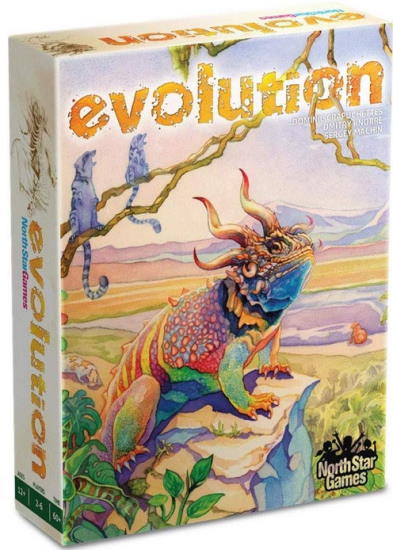 "Evolution teaches, well, the concepts of evolution. Everyone starts with a creature with no significant traits, but as you draw cards you can add traits to your creature. Is your world going through a drought? Maybe you want to add a predator trait to your creature so it can "eat" other animals. Is there a predator on the board? Maybe you want to add the climbing trait to your creature so that only a climbing+predator can attack your creature. The world "evolves" in this way with a more and more complex ecosystem. If you play too many carnivores, the carnivores end up attacking one-another in order to get fed. It works best with kids who don't think too much about the predator-prey relationship. One of mine would have been too upset about an animal being eaten when they were younger to be able to play the game, so know your kids before playing it." 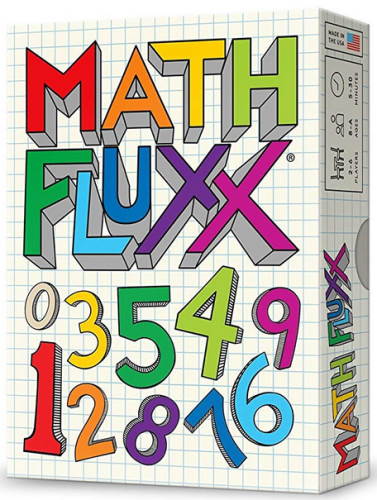 Overview: In Math Fluxx players use numbers in their quest to achieve a goal but there are also special victory rules, action cards and goals.

"Fluxx comes in different themes, there’s the original Fluxx which is great for reading as well like with many games learning to think strategically . There’s also Anatomy Fluxx, Maths Fluxx and Nature Fluxx as well as others that you could learn facts from. It’s one of our favorites because the game play changes, it’s easy to set up and super quick to learn." Ages: 8 years and up. 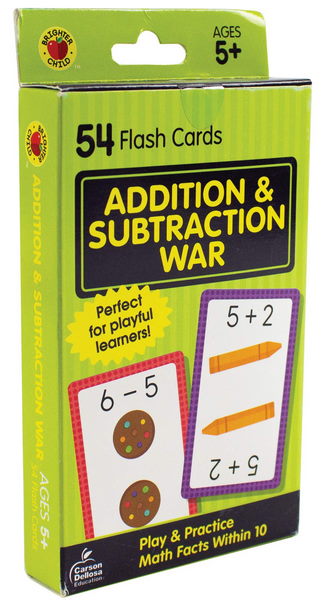 "Sometimes we play "Addition War" with younger kids. It consists of a deck of cards with all face cards removed. Then both players show two cards and add them together to get a total. Cards are nice because the younger kids can count the diamonds or hearts on both cards to help with adding 1-9. Regular war with faces removed is good, too, because it is a number comparing game "which is greater." Age: 5+. 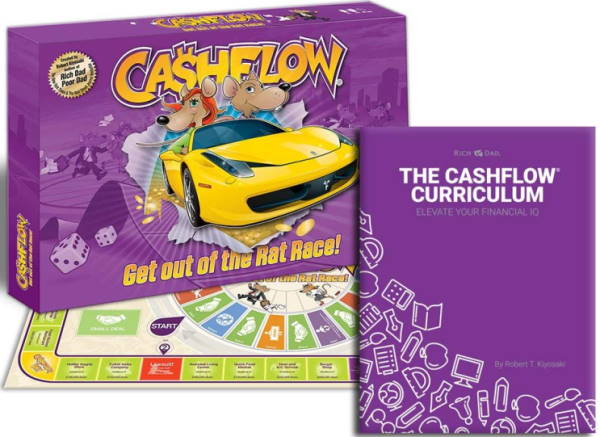 "For older kids, if you are feeling flush, there’s Cash Flow, which teaches about the stock market and managing money." 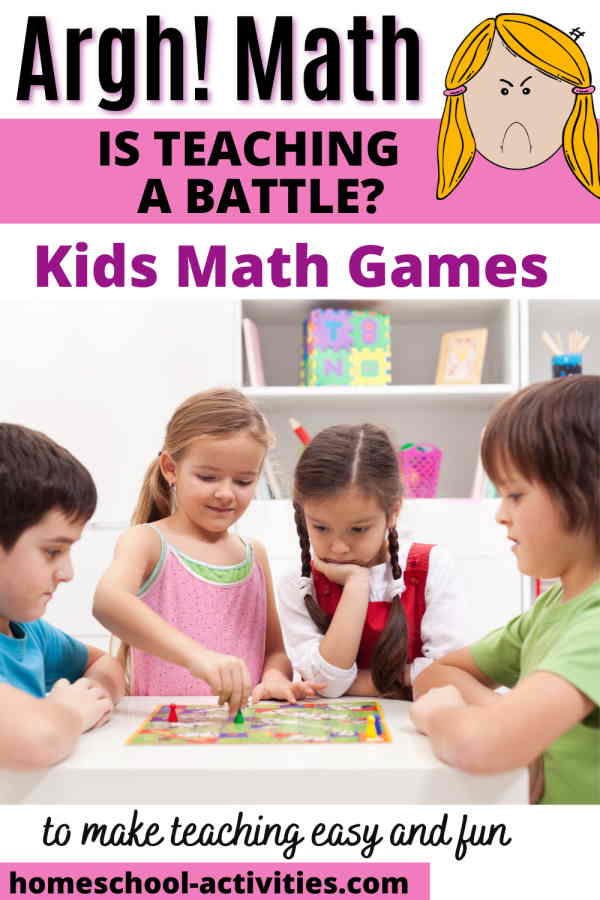 Go to this page to see the top recommendations for the best games to teach math from 2.000 homeschoolers.

Here's the pick of the bunch when it comes to more traditional educational board games - the ones you may remember playing as a child yourself. 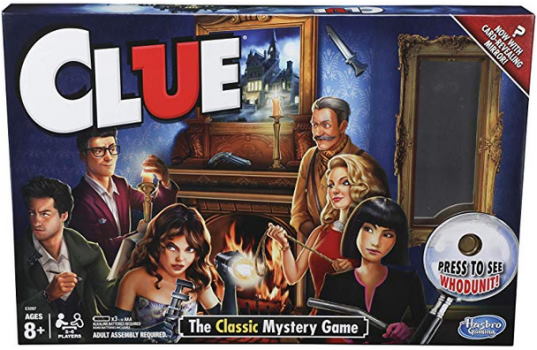 The family favorite hunting out the murderer in the mansion. 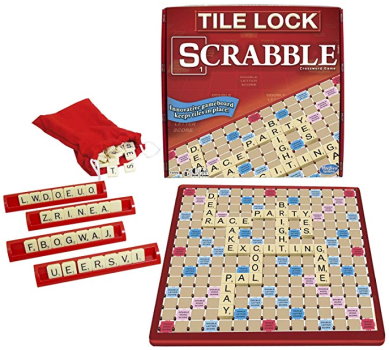 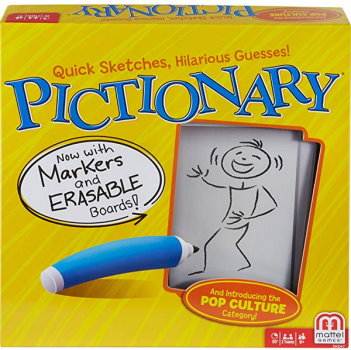 Family fun game where everyone laughs at my drawings. 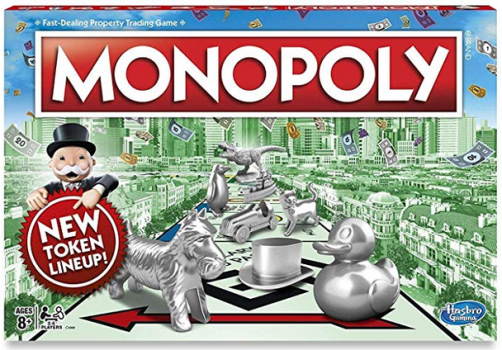 The classic game still beating the competition after all these years. 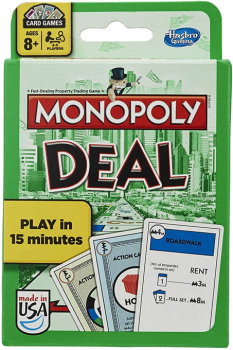 "Monopoly Deal is a great card game, age 7 plus. Skill, maths, tactics, plus it takes 10 min.  Much better than full length version!"

N.B. You can buy blank 'Opoly sets and make your own game - the perfect way to enjoy educational board games! 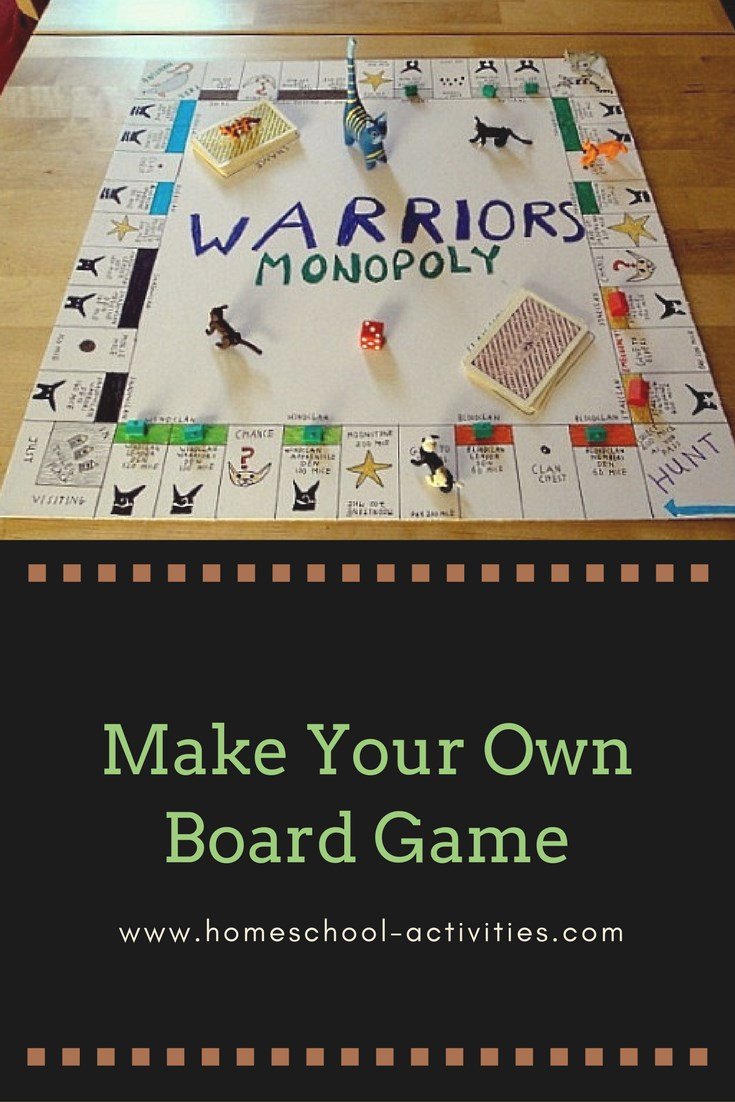 "We have lots and lots of board games and I think all of them are educational one way or another." ~ Ruth, Courageous Homeschooling Facebook group

N.B. Recommended ages for playing educational board games are something you need to think about depending on your child; we found they were often misleading and, with help, younger children were often perfectly capable of joining in.

After all, most family games end up being played by all the family, from tiny to ancient! 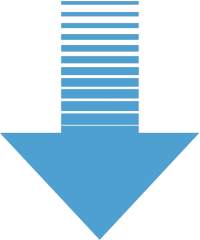 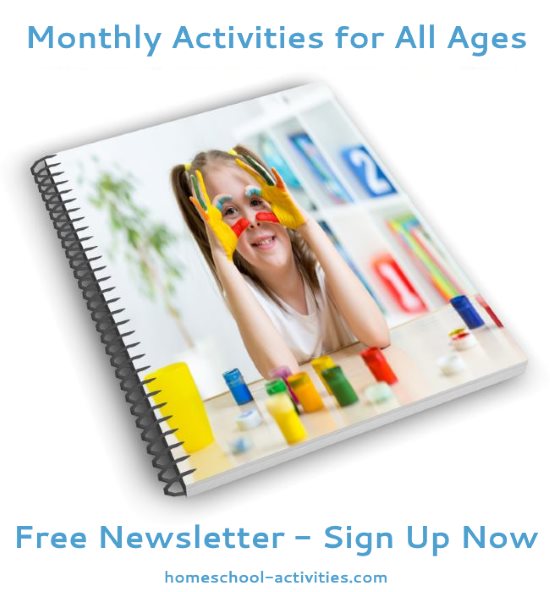 "Just had a look through your monthly newsletter focusing on math. Thanks so much for all the links and ideas. It's brilliant!" ~ Diana

"Hi....I totally love all your posts and enjoy reading them....the kids love the activities and enjoy them through and through." ~ Bianka 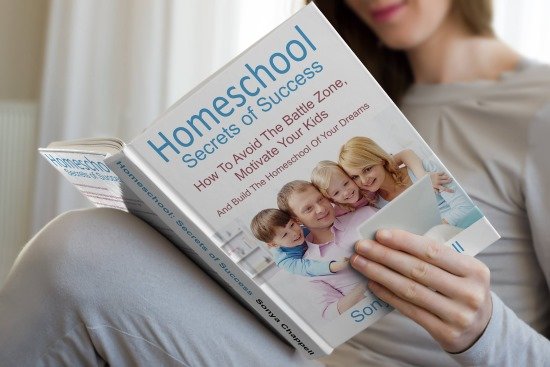 N.B. Please note that some of the links on this site are affiliate links so if you buy you will pay exactly the same price as you would have done but I get a small percentage of the sale (which usually adds up to the cost of a cookie). If you would prefer not to support this site in that way, just go to Google and search for the product yourself.